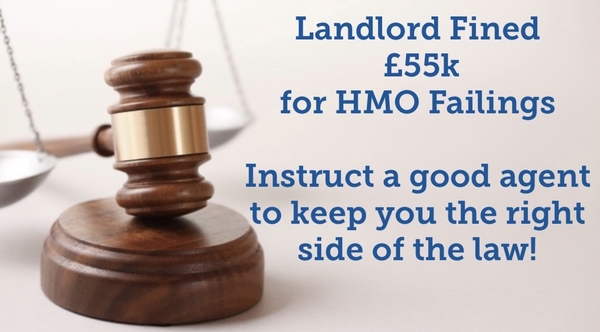 Landlord Fined £55k - this could be you!

A landlord has been handed a hefty fine of £55,000 after committing multiple health and safety breaches at his Slough home.

Fahed Choudry from Homefield, Wembley, was fined £5,000 per offence, ordered to pay court costs of £2,387.92, as well as a victim supplement of £190, the Slough Observer reports.

In one example, there was a hole in the wall behind a door and a dent in the wall, raising questions about the building's structural integrity.

Other issues were: The fire door not opening or closing; a bike blocking the entrance to the house; the water supply and drainage systems being in poor condition; some of the house being in a poor state of repair; missing ceiling lightbulbs on both floors; an unkempt and littered garden; an outside pane to a double-glazed window being smashed; and an exposed live wire on the ceiling with no bulb.

To round off these many issues, 11 people were living at the address despite Choudry being stripped of his HMO licence in 2019, following previous misdemeanours.

Gone are the days where unscrupulous and uncaring - and often absent - landlords can prey on the poorest, taking advantage of their desperation, their lack of knowledge of the regulations, putting tenants' lives at risk just to line their own pockets.

Instruct Affinity as your agent Today to ensure you aren't falling foul of legislation and leaving yourself open to prosecution.