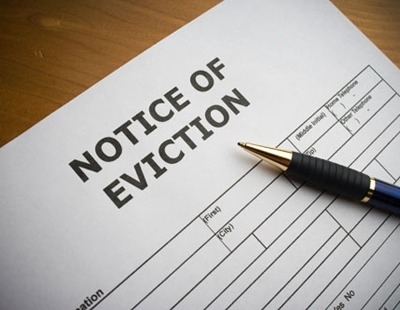 Section 21 WILL be scrapped - it's in Thursday's Queen's Speech

Number 10 briefings to the national media suggest that the scrapping of Section 21 - long talked about by the previous Conservative government - will be one of four key measures to be announced in Thursday's Queen's Speech.
"In a bid to win over Generation Rent the government will promise to outlaw no-fault 'section 21' evictions, which allow landlords to instruct their tenants to leave a property without having to have a cause" says this morning's I newspaper, as a result of government briefings.
The decision to scrap the provision comes despite extensive lobbying by the Association of Residential Letting Agents, landlord organisations and individuals.
The other measures will be similar crowd-pleasers: these are banning 'all out' rail strikes, extending the minimum length of prison sentences for terrorist offences, and preventing councils from banning investment in or purchase from named companies - seen as a measure to stop some local authorities avoiding buying from Israeli firms.
Banning S21 has been an objective of anti-agency campaign groups such as Shelter, Generation Rent and others for the past two years; the Theresa May-led Tory government initiated a consultation on the process, and the Bill to be announced on Thursday is believed to be much the same as that proposed in the consultation.
In the last Queen's Speech under the Boris Johnson government - on October 14 - there was no mention of the Section 21 scrapping, despite the speech being made after the formal consultation closed.
Political analysts say the inclusion of the measure in this week's Queen's Speech is an indication of the new government seeking to establish its 'One Nation' credentials after winning seats in traditionally-Labour areas of England as well as Tory heartlands.