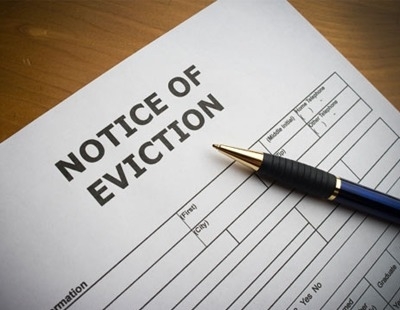 The Residential Landlords Association (RLA) has submitted its response to the government's consultation on scrapping Section 21 evictions, which closes tomorrow at 11.45pm.
The organisation says the government's proposals 'will not work' and will 'threaten the supply of homes for rent'.
Its submission argues that the government's plan to scrap Section 21 and bolster Section 8 fails to give any guarantee that landlords would be able to repossess properties quickly and efficiently.
Many landlords currently rely on Section 21 to regain possession for legitimate reasons such as rent arrears and anti-social behaviour, the RLA argues, as alternative provisions involve going through the courts which currently takes 22 weeks on average.
The response also highlights that once Section 21 is removed from the Housing Act 1988, court delays could get worse as there will be more repossession cases to deal with.
"If landlords always have to prove that the legal ground for anti-social behaviour is met, it will mean tenants will be able to challenge a notice to evict," says the RLA.
It says landlords could therefore require proof from those affected who may not want to come forward if they still have to live in close proximity to the perpetrator in the lead up to a court hearing.
The response reiterates that the measures would lead to landlords becoming more risk averse and less likely to let to high-risk tenants, such as those with pets.
It goes on to argue that the consultation fails to properly consider measures to prevent tenancies breaking down in the first place.
"Universal Credit is itself a key cause of rent arrears, the consultation should have looked at ways to prevent this," says the organisation.
It suggests that ending the five-week waiting period to receive the first Universal Credit payment and allowing the housing element of the benefit payment to be paid directly to the landlord could be two possible solutions.
The RLA says that the government's proposals have only served to make good landlords less likely to provide the rental homes that are needed.
avid Smith, RLA policy director, comments: "The system for repossessing properties should be fair to both tenants and landlords. The government's plans do not achieve this."
"The Ministry of Justice's failure to properly engage with the process and provide clear and detailed proposals to improve the court system is especially disappointing."
"Tenants and landlords need assurance that in legitimate circumstances they will not be subjected to long and stressful legal proceedings in repossession cases."
"Without this and other changes the government's plans to scrap Section 21 will just make life more difficult for tenants," he says.
You can see the government consultation on scrapping Section 21 here.
*The consultation on reforming the rogue landlord and agent database also closes at 11.45pm tomorrow. You can view it here.