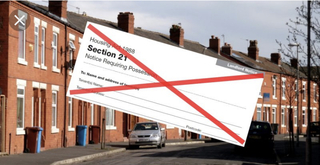 Housing Secretary of State James Brokenshire has rejected suggestions that the Conservatives could bring in rent controls.
However, Brokenshire made clear his commitment to ending Section 21 - or, as The Sunday Times put it yesterday, "Landlords will lose their automatic right to kick tenants out".
In an interview with the paper, Brokenshire said it was meeting a homeless man with a dog at a shelter in Bristol just before Christmas that led him to announce the biggest change to the private rented sector for 30 years.
He said that the meeting had moved him to think what could have prevented the man ending up on the street with his dog, adding that tenants being asked to leave without good reason is "one of the most significant factors in homelessness".
Brokenshire told The Sunday Times that he was keen not to antagonise buy-to-let investors, downplaying concerns that landlords could leave the sector in droves.
He said that while he recognises that "push back", he plans to give owners rights to regain their property to sell up or live in it, and to speed up court processes to evict tenants for rent arrears or damage.
Brokenshire added: "What we're firmly not looking at is rent controls. You can point back to the past and the profound impact that had."
Brokenshire said that the difference between Labour and Tory housing policies is that the Tories support home ownership, whereas "Labour is not interested in home ownership at all".