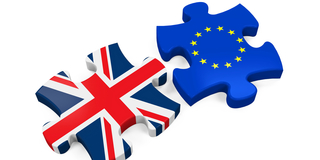 LANDLORDS CONCERNED ABOUT RIGHTS OF EU CITIZENS TO RENT AFTER BREXIT

The British Government has failed to prepare the rental market for Brexit with landlord warning that European Union citizens may face problems securing a home to rent.
The warning comes from the Residential Landlords Association (RLA) which says that Ministers have failed to publish any guidance for landlords about the implications of Brexit for the Right to Rent scheme.
Under this scheme landlords are responsible for checking the immigration status of their tenants with the prospect of prosecution if they know or have reasonable cause to believe that the property they are letting is occupied by someone who does not have a right to rent in the UK.
With two thirds of all EU nationals in the country living in private rented housing, the RLA is worried that landlords have received no specific guidance about their status, other than sweeping statements by Ministers.
Last month, a High Court Judge ruled that the Right to Rent scheme breached the European Convention on Human Rights on the basis that it led to inadvertent discrimination against non-UK nationals with the right to rent.
The RLA's most recent research suggests that around a fifth of landlords are less likely to rent to nationals from the EU or the European Economic Area as a result of the Right to Rent, a figure the RLA warns could increase post-Brexit.
'Landlords are not border police and cannot be expected to know who does and who does not have the right to live here,' said David Smith, RLA policy director.
'The Government needs to publish clear and practical guidance for landlords about the implications of Brexit on who they can and cannot rent to. If they do not, more landlords will become increasingly fearful about renting to non-UK nationals with the potential of facing prosecution,' he pointed out.
'The result will be they will avoid renting to anyone who is not a UK national making life difficult for EU nationals,' he added.