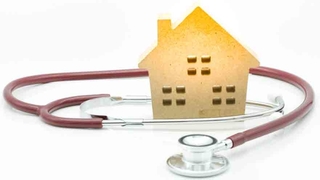 The new act amends the Landlord and Tenant Act 1985 to require that any property let by a landlord (private or social) is fit for human habitation when a tenancy is granted and remains so for its duration.
FAQs
1. When will the act come into force?
The Act is to commence (be brought into force) three months after being enacted. This means it is scheduled to come into force from 20 March 2019.
2. Who and what is covered by the Act?
The Act covers all tenancies less than seven years in length in both the social and private rented sectors.
The requirement includes the dwelling let to a tenant and all parts of any building it forms a part of, in which the landlord has an interest. For example the common parts of an HMO or block of flats owned by the landlord.
It will extend to all existing tenancies which meet this criteria, including periodic tenancies and legacy regulated tenancies.
3. What does fit for human habitation mean?
The Act, or rather the Landlord and Tenant Act 1985 which it amends, outlines fitness for habitation by virtue of what constitutes a property unfit for human habitation.
A property will be unfit for habitation if there are serious defects in any of the following:
• Repair
• Stability
• Freedom from damp
• Internal arrangement
• Natural lighting
• Ventilation
• Water supply
• Drainage and sanitary conveniences; and
• Facilities for preparation and cooking of food and for the disposal of waste water.
The Act goes on to say: "the house shall be regarded as unfit for human habitation if, and only if, it is so far defective in one or more of those matters that it is not reasonably suitable in that condition"

4. Who is responsible for fitness for habitation?
In most circumstances the landlord. However, the Act does not make landlords responsible for damage or disrepair caused by the tenants' behavior.
5. What happens if a property is unfit for human habitation?
Provided it is their responsibility, the landlord should carry out such works to put the issue right although there are some exemptions. The landlord is not obliged to:
• Rebuild or reinstate a destroyed building
• Put right unfitness the tenant is responsible for causing
• Carry out works which are the responsibility of a superior landlord, or for which they cannot obtain third-party consent
Claims may be brought before the court, where a landlord may be ordered to carry out works, and damages awarded such as a rent repayment order to the tenant.

6. Should I have any concerns about the new Act?
Most landlords should have nothing to worry about in respect of the new act. A reasonably maintained property should not be deemed unfit, but do be aware of hazards that may occur over time with wear in a property such as fraying carpets causing trips etc. It will be important for landlords to put emphasis on good property management not only from the outset with well-prepared documents such as the inventory and risk assessments, but also well documented and actioned maintenance along with interim property visit reports.
As with any new regulations time will tell exactly how it is interpreted by the courts, how tenants may be empowered to take action and whether there are unintended consequences.
The team at AFFINITY are trained in this legislation and can best advise you on how we will manage and mitigate such risks in this area. Contact us for details of our management package today.